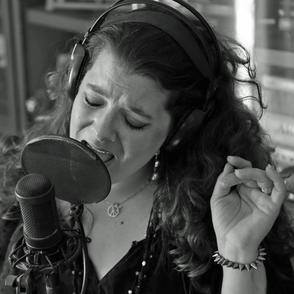 "I'm rarely stoked on music that's heavy on vocals, but Julianna's voice is just too freakin' great to ignore. Not only can she ​sing like a mofo, she can produce the hell out of a track! And no matter how experimental she gets with super interesting fx processing and sounds, somehow she always manages to magically wrap it all up into a totally coherent, focused, and super Pro package.  Very impressive."

"Queen of Somewhere...  A beautifully produced, lushly detailed sound banquet built around Julianna McDuffie’s nuanced lyrics, which explore themes of discovery, loss and longing... McDuffie delivers her songs in a rich and compelling, closely miked voice, at a measured pace that largely tracks the rhythm of the heartbeat. She is not shy to explore sound in the service of her voice, and listeners who appreciate attention to aural detail will find a lot to like here—vocal treatments spiral and eddy, trailing their way though a sonic landscape that is recorded with a fine sense of spatial possibility..."
-iTunes Review, by edgemitchell

"...I am impressed by the entire album. But what impresses me most of all is Julianna McDuffie’s voice. She sings sometimes a little above a whisper and other times full and strong. On ‘Corduroy (Little Sister)’ her voice is very breathy and seductive, with many layers of background vocals. There is a super bass line that illustrates what “less is more” really sounds like, laid out over a laid back groove. Then there is the song “All That He Had.” More and more layers of vocals and a very tasty dissonant chord progression featuring solo cello and string section. Julianna’s voice is treated with all the love and respect it deserves. The use of the stereo field is excellent, props to the mixing and mastering peoples. I could go on about this album, but that would spoil it for you. Oh yeah, I love backwards sounds."